Research published in March included a number of firsts. Among them was the first study to estimate agonistic behavior and feed efficiency in individual Nile tilapia reared in groups, an understanding of which will support the development of sustainable aquaculture.

Are fishing rights human rights? Examining the concepts and contradictions

The human rights-based approach (HRBA) has become a hot topic in fisheries management, conservation and governance in recent years. Despite the enthusiasm around the HRBA and the proliferation of human rights-related language, there are notable conceptual ambiguities. If these are not untangled, they could create confusion on the ground and negatively impact the collective ability to implement the HRBA within fisheries.

By applying a legal, applied perspective, research published in Marine Policy has two aims. First, it distinguishes and clarifies key terms involved in the HRBA. Second, it examines four conceptual tensions between human rights and fishing rights, specifically in situations of rights allocation.

A key tension is the universality of human rights versus the exclusivity of fishing rights.

“Contrary to fishing rights, the fundamental premise of human rights is that they are indivisible, universal and equally applied. By virtue of being human, everyone is a right-holder and is entitled to the same human rights. In other words, one’s own human rights do not, and should not, exclude another’s human rights,” explains lead author Andrew Song, a former research fellow at WorldFish Solomon Islands and ARC Centre of Excellence for Coral Reef Studies, James Cook University.

“At the same time, fishing rights are a crucial enabler of legitimate fishing activities and fishing-based livelihoods. But unless we speak of total open access, fishing rights are inevitably doused in exclusivity (who can fish and when, and who cannot), which is at odds with the nature of human rights.”

Based on the analysis, the authors offer two ways forward.

“First, we reason that applying the HRBA to the allocation of fishing rights will be most effective when the human rights principles are used to promote communal rights rather than individual rights insofar as groups are motivated to ensure the basic dignity of all members by distributing fishing rights in a manner consistent with the human rights standards,” says Song. “Second, we advise the HRBA to focus on strengthening the fishing rights of small-scale fisheries against the claims of larger, wealthier and more privileged fishing entities, rather than using it between small-scale fishing groups.” 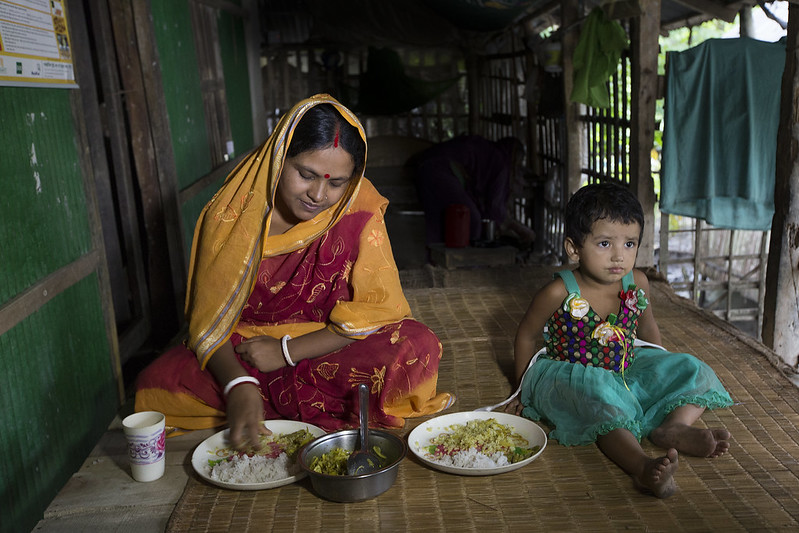 Little is known about the food security and diets of the urban poor in Bangladesh. This is despite up to 45 percent of the population living in urban areas as of 2010, and the estimated prevalence of urban poverty standing at approximately 20 percent.

Women’s empowerment is one potential determinant of dietary intake. However, little research exists to quantify the pathways through which different domains of women’s empowerment may influence diet at the household or individual (woman) level.

A study published in Global Food Security is the first to use the resources–agency–achievements framework developed by social economist Naila Kabeer to examine household and women’s food security in urban Bangladesh.

Kabeer separates empowerment into three components: enabling resources, agency and achievements, the latter being the potential outcomes of agency. The authors quantified associations between two measures of women’s enabling resources (schooling, income earning), two dimensions of women’s agency (voice with husband and household/family decision-making) and food security and diet at the household and individual level.

The data came from a seasonal panel survey undertaken in Dhaka as part of the WorldFish-led project Improving Fish Production, Consumption and Nutrition Linkages for the Poor.

The study found that completion of any grades of post-primary schooling had a positive total effect on household food access and women’s dietary diversity. In contrast, income earning had a negative total effect on household food access and no association with women’s dietary diversity. The authors suggest this may be due to poverty, with the poorest women choosing to work out of necessity. Income was, however, positively associated with decision-making and in turn with women’s diets.

The findings have a number of implications for food and nutrition security programs and policies in poor, urban areas. 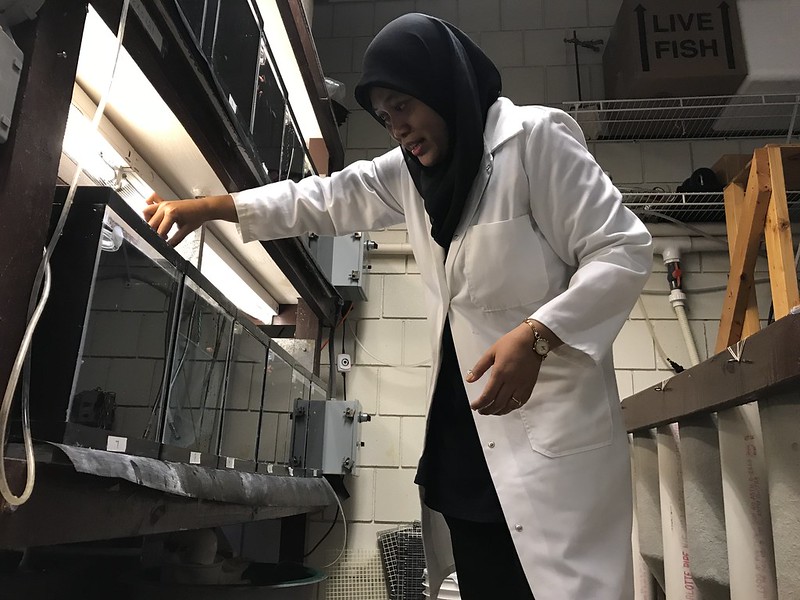 The impact of behavioral hierarchies on growth in many cultured species and the role of feed efficiency in aquaculture economics make understanding how these variables interact important for the sustainability of aquaculture.

This was the main objective of research published in Aquaculture, which hypothesized that an aggressive and dominant fish would eat more feed and be more efficient. To test this hypothesis, the relationship between agonistic behavior, growth and feed efficiency in Nile tilapia (Oreochromis niloticus) was studied by rearing 120 juveniles in eight aquaria.

Fish were video-recorded to estimate the occurrence of agonistic behavior during a fasting and a refeeding period. Growth, feed intake and feed conversion efficiency (FCE), calculated as the inverse of feed conversion ratio (FCR), were then measured individually for each fish.

The nature of agonistic behaviors between individuals was used to assess the presence of hierarchical relationships between fish. Dominance hierarchies were established in each experimental aquarium, which, despite minor changes, were maintained throughout the experiment.

These results suggest that agonistic interactions in juvenile Nile tilapia do not have a large impact on growth and feed conversion efficiency.

Find all our publications here.