To coincide with the Seeds of Change conference, being hosted by the Australian Centre for International Agricultural Research (ACIAR), the CGIAR Collaborative Platform for Gender Research and the University of Canberra on 2-4 April, Dr. Meryl Williams, former WorldFish Director General, penned this opinion piece around her four revolutionary tips that can energize the aquaculture and fisheries system for a change to gender equality.

In my years in fisheries research in Australia, few researchers were women, all fishers were assumed to be men, ‘girly’ calendars were occasionally pinned on the office, lab or tea room wall at work and the workplace rules of engagement for women were still being worked out by trial and error. I vividly remember when my colleague, ‘Jessie’, the only woman technician in our research agency, was assigned to go into the field for a week to support a fish tagging project run by men scientists. The men took umbrage and went to the union to protest this affront to their work conditions. The union warned them that they could be sacked for discriminating against a woman. So change was at hand⏤or so it seemed.

Over the last four decades, I discovered that some change is very slow whereas other change can be very rapid. In fisheries and aquaculture, international gender research has revealed that gender equality is progressing slowly, but many other changes have transformed the sector and the seafood value chain beyond recognition. Unfortunately, many sectoral changes resulting from global drivers favoring international trade, more efficient production, the blue economy, even sustainability, have contributed to gender equality being ignored, resisted or eroded. The resistance is abetted by cultural norms favoring men with the means to amass and control capital assets for producing and processing fish. 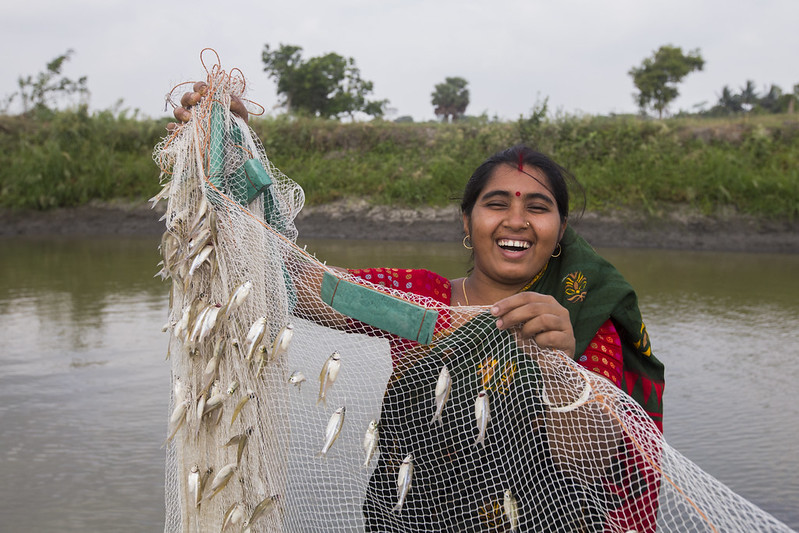 Where does this place the women? In our 2019 International Women’s Day op-ed, eight colleagues and I said that the seafood industry is women intensive but male dominated. Women workers are over-represented in low-skilled, low-paid, low-valued positions while men dominate the power positions. From the poor-quality global statistics available, women make up 15 percent of the primary production workers, rising to 20 percent in activities in inland water fisheries. Women dominate in the labor-intensive processing industry, perhaps reaching up to 90 percent of the total processing workforce.

Sex-disaggregated statistics for aquaculture, which now produces more than half of the fish we eat directly, are poorer than those for fisheries. Women aquaculture workers represent a lower share of the workforce in larger, more capital-intensive and offshore operations. The top end of the workforce in fisheries and aquaculture is the realm of men, with 99 percent CEOs, 90 percent board members and leaders of professional organizations.

International research into gender in aquaculture and fisheries has been fundamental in revealing the detail of the inequality women experience in seafood value chains. For more than 28 years, my colleagues and I in the Gender in Aquaculture and Fisheries Section and partner organizations have examined the depth of gender inequality and its impacts on women in studies, conferences and publications. We have revealed the dearth of sex-disaggregated data, lack of time series to show trends and make comparisons, started to sketch the sectoral and economy-wide settings that exacerbate inequality and experimented with creating gender-transformative change in communities.

This leaves us knowing that positive change is not going to happen quickly but also realizing that we have to stimulate the climate for positive change before other forces take over. From our collective experience, therefore, we found four revolutionary tips that can energize the system for a change to gender equality. 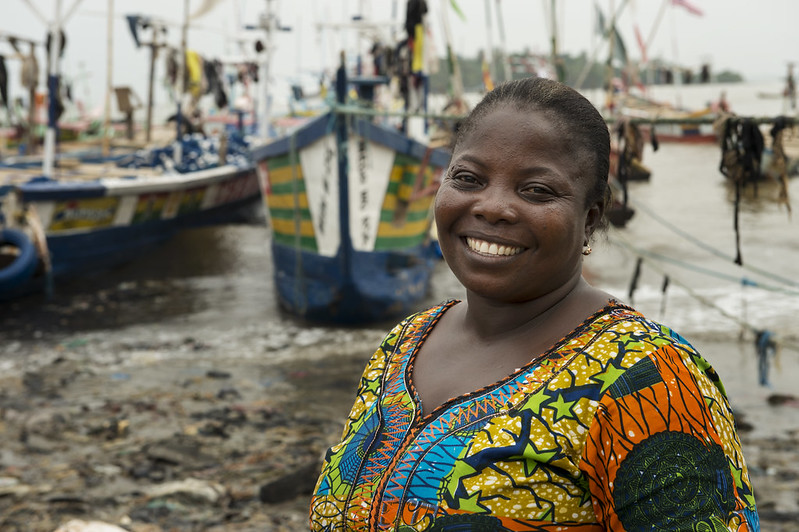 First, women need to work together for their rights. Rights will not be simply handed over on a plate. Women need to challenge their current status⏤in their jobs, businesses or company positions. They must communicate what they need, in a manner effective for their work and national cultures. Women working together must not allow themselves to be treated as second class. Nor should they emulate men in their power relations at work, for example by keeping other women and men in their secondary places. High-profile cases have shown that some powerful women in the fishing sector have exploited the workers for the same personal benefits as do men in power.

Second, gender experts have an ongoing job advocating equality. They have a duty to raise the level of comprehension of their fellow professionals on why gender equality is important to the industry. Most importantly, this advocacy is not done once but requires agitating at every opportunity. We have to become the ‘squeaky wheel’ that needs attention.

Third, training and capacity building are sorely needed to enable a shared gender equality vision. The capacity of current professionals to create a vision of a gender equitable industry is low and has to be raised. When asked why new fisheries policies are gender blind, fisheries officers will often say they don’t see the importance of gender equality. What would gender equality look like in my part of the world and what steps would lead to it?

Fourth and finally, a progressive environment of gender equality is not a ‘women only’ realm but one that requires and invites men’s engagement, benefiting all in the transformation. Multiple institutions should be engaged. The exercise cannot become window dressing by dominant actors, e.g. corporations invoking corporate social responsibility for public effect while marginalizing workers representation in the workplace.

This article originally appeared on The Crawford Fund website as part of its opinion series. Republished with permission. Dr. Meryl Williams has worked in international fisheries research for more than four decades, focusing on gender in fisheries since the mid-1990s. In 2015, she was awarded the Crawford Medal for her work in international agricultural research. She is the former Director General of WorldFish and the current Chair of the Gender in Aquaculture and Fisheries Section of the Asian Fisheries Society.