Feed was the focus of two papers in May, with a novel feeding system and a plant-based alternative to fishmeal showing potentially significant cost and sustainability benefits. The third study highlighted was able to determine whether ‘candidate founders’ of a carp breeding program in Bangladesh were related, providing crucial insights for the genetic robustness of the program.

Feeding both pond and fish: A novel approach to intensification of aquaculture

In a typical aquaculture production system, the food web (i.e. the food chain within the pond, from phytoplankton, microbes and other organisms through to the cultured fish or shrimp) is stimulated by uneaten and undigested feed, which essentially acts as an expensive fertilizer.

This fertilizer is not designed to be efficient for the pond ecosystem, as its nutritional composition is aimed at the cultured animals. This creates imbalances in the system and the nutrient cycles. The recycling of animal waste becomes suboptimal, making the pond environment unhealthy and vulnerable to disease.

Farmers around the world, and especially in developing countries, typically use a variety of probiotics, prebiotics and other additives to mitigate these imbalances, increasing production costs without necessarily achieving the desired outcomes. 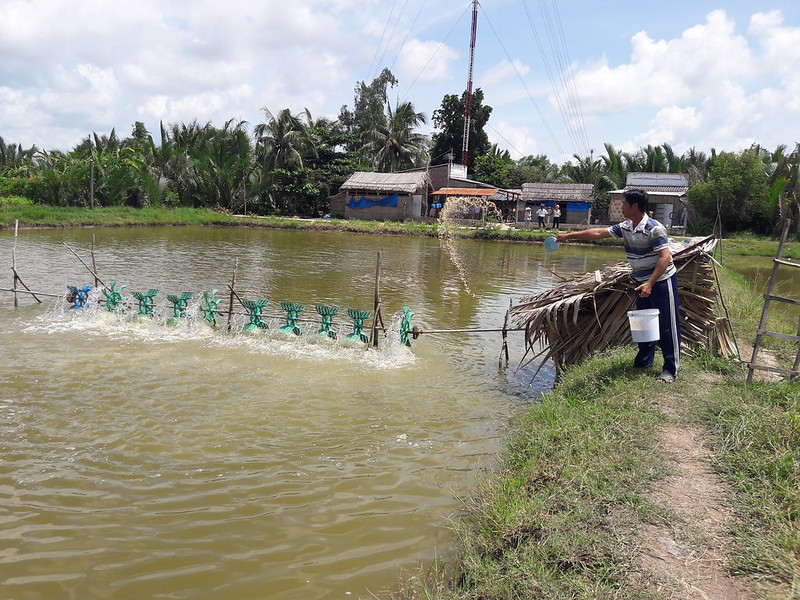 One solution is a system that feeds both the pond and the cultured animals, limiting imbalances in the nutrient cycles by producing wastes that are easily decomposed. As a result, mineralization is fast, the production of natural foods for the animals is optimal, waste accumulation is minimized and the pond environment stays clean and healthy.

This is the idea behind the nutritious pond concept. Research published in INFOFISH International shows that feeding the pond by balancing the carbon-to-nitrogen ratio can increase the contribution of naturally occurring food in the diets of the cultured animals.

It is an approach that has the potential for scaling to a large number of semi-intensive production systems, which are estimated to produce over 60 percent of all finfish and shrimp, supporting the intensification of aquaculture while minimizing environmental impacts. Preparations are already underway to trial the approach in Zambia, as part of the FISH-supported AQ TEVET project.

Feed was also the focus of a study published in Aquaculture Nutrition, specifically the use of plant-based alternatives to counter the scarcity and resulting high cost of fishmeal. The objective of this study was to evaluate the effects of fishmeal replacement with corn protein concentrate on growth performance, nutrient use, gut morphology and skin coloration of red hybrid tilapia (Oreochromis sp.). 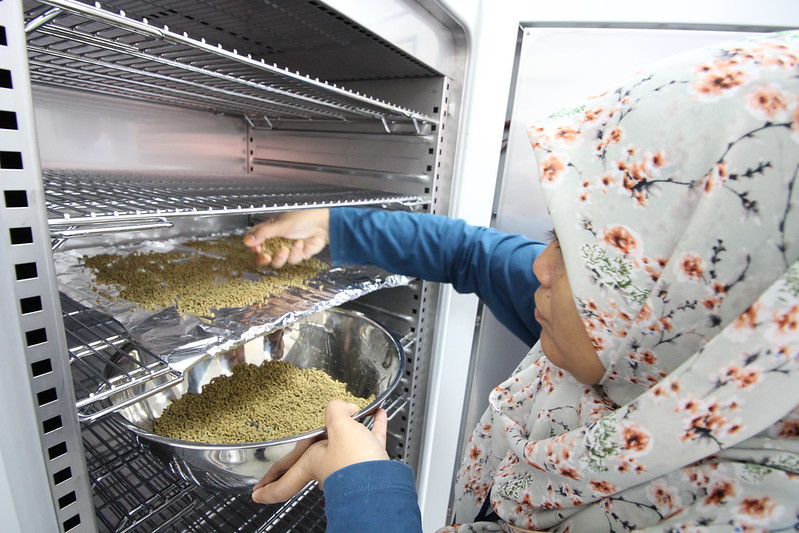 Catla catla is an important finfish in South Asia, often grown on a small scale in polyculture with other species. It is one of three carp species undergoing genetic improvement by WorldFish through selective breeding in Bangladesh.

The catla breeding population was established using fertilized spawn collected in 2012 from the Halda, Jamuna and Padma rivers.  At one year of age, approximately 300 of these individuals were randomly selected from each river as ‘candidate founders’. Among other things, a recent study published in Genetics Selection Evolution aimed to determine if these candidate founders were related, specifically if they were siblings. 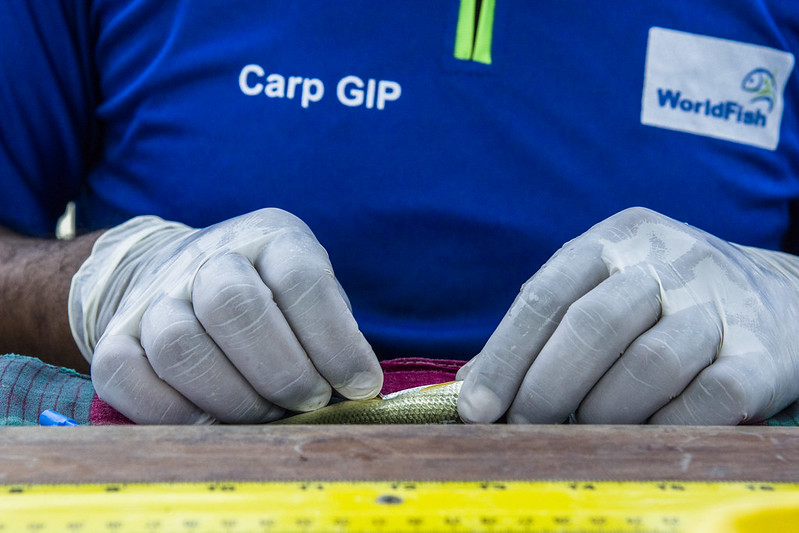 The degree of sibship among fish collected from the Jamuna and Padma rivers was higher than anticipated, indicating that catla sampled from rivers as fertilized spawn are not necessarily representative of river populations. This has implications for the interpretation of past population genetics studies, the sampling strategies to be adopted in future studies, the management of brood stock sourced as river spawn in commercial hatcheries, and for pedigree-based genetic analyses and the management of inbreeding in the Bangladeshi catla breeding population.

“Despite the unexpectedly high level of sibship, we identified 210 candidate founders with no parents in common, which represents a sizable base population for breeding purposes. The findings of our study will be used to improve the accuracy of genetic parameter and breeding value estimates and to minimize future inbreeding in the WorldFish breeding population. Furthermore, the lack of genetic structure observed in our study is likely to simplify any future implementation of genome-wide association studies and genomic selection,” says Matthew Hamilton, WorldFish Scientist and lead author.

Enjoy this read? Find all our publications here.