Hilsa is the national fish of Bangladesh and the country’s most important single-species fishery. It comprises 12 percent of total fish production and contributes more than 1 percent to the gross domestic product. Approximately half a million artisanal fishers are directly involved in hilsa fishing, mostly in the Meghna River estuarine system in southern Bangladesh, and 2 million more are indirectly involved in the hilsa fish value chain.

Following the rapid decline of hilsa yields in the early 2000s because of habitat degradation, overfishing and the use of illegal fishing gear, the government introduced various conservation measures. These included the designation of five sanctuaries in hilsa nursery grounds and spawning areas, and a seasonal ban on catching juvenile and brood hilsa.

This year’s ban came into effect on 7 October 2018 and will run for 22 days until 28 October. All activities including the harvesting, transport, storage, marketing, sale and exchange of hilsa are prohibited during this period. The purpose of the ban is to allow brood hilsa to lay their eggs and migrate from the Bay of Bengal to the Meghna and other river systems. 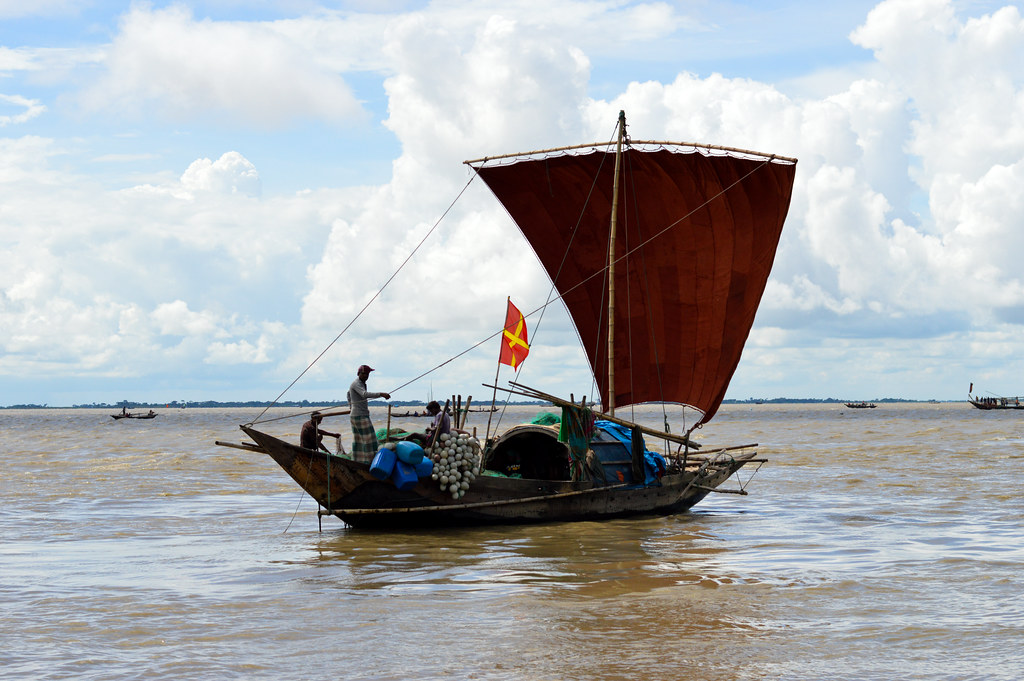 Yet many fishers—who have few alternative sources of income—often continue to fish illegally. Helping fishing households to comply with the ban and cope during the no-fishing period is one focus of the USAID-funded Enhanced Coastal Fisheries in Bangladesh (ECOFISH-BD) project (2014–2019). Implemented by WorldFish and the Bangladesh Department of Fisheries with other partners, the project aims to support research-led decision-making in fisheries co-management and improve the livelihoods of communities reliant on hilsa.

For instance, the project promotes the formation of hilsa conservation groups (HCGs) consisting of 30–40 fishing households. These meet weekly to discuss best fishing practices and encourage community members to protect their fishery. More than 448 conservation groups in 125 villages have been established since 2014, with women making up 30 percent of members. The project has also recruited and trained 200 community fish guards to patrol the sanctuary areas.

Putul Rani is a member of an HCG in her area. Before she became involved with the project, her husband used to fish for juvenile hilsa during the ban. Since receiving training from the project, she has become a passionate advocate for hilsa conservation. “We tell people not to catch the juvenile and mother fish because one mother fish lays 2.2 to 2.3 million eggs. If the mother fish survive, we can save millions of hilsa for the next generation,” she says.

As part of efforts to raise awareness about this year’s ban, ECOFISH-BD developed a flyer for two national newspapers and 50,000 leaflets for distribution to fishing villages, landing centers and other stakeholders. In addition, 16,000 posters were developed for distribution to the hilsa sanctuary sites. WorldFish developed a leaflet (left) and flyer (right) to raise awareness of the hilsa ban.

Complying with the ban

Together, the project’s efforts have contributed to greater awareness of and compliance with the ban, resulting in stock recovery and higher yields. Data collected by WorldFish from three hilsa sanctuaries over two harvest seasons (July 2015–June 2016 and July 2016–June 2017) shows that the total hilsa catch increased by 28 percent, from 387,211 metric tons to 496,417 metric tons. The catch is expected to exceed 500,000 metric tons in the next season, prompting the Bangladesh government to lift the ban on hilsa exports, which has been in place since 2012.

WorldFish data also shows that the greater availability of hilsa has had multiple benefits for actors throughout the value chain. Despite a drop in price per kilo as a result of increased supply, fishers’ total sales increased by 70 percent, boosting average monthly incomes by more than 67 percent. A portion of this money was used to repay loans that are typically taken out to cover livelihood expenses during the no-fishing period. Following the bumper harvest in 2016–2017, fishers were able to repay around 71 percent of their loans—66 percent more than the year before—because of higher earnings. 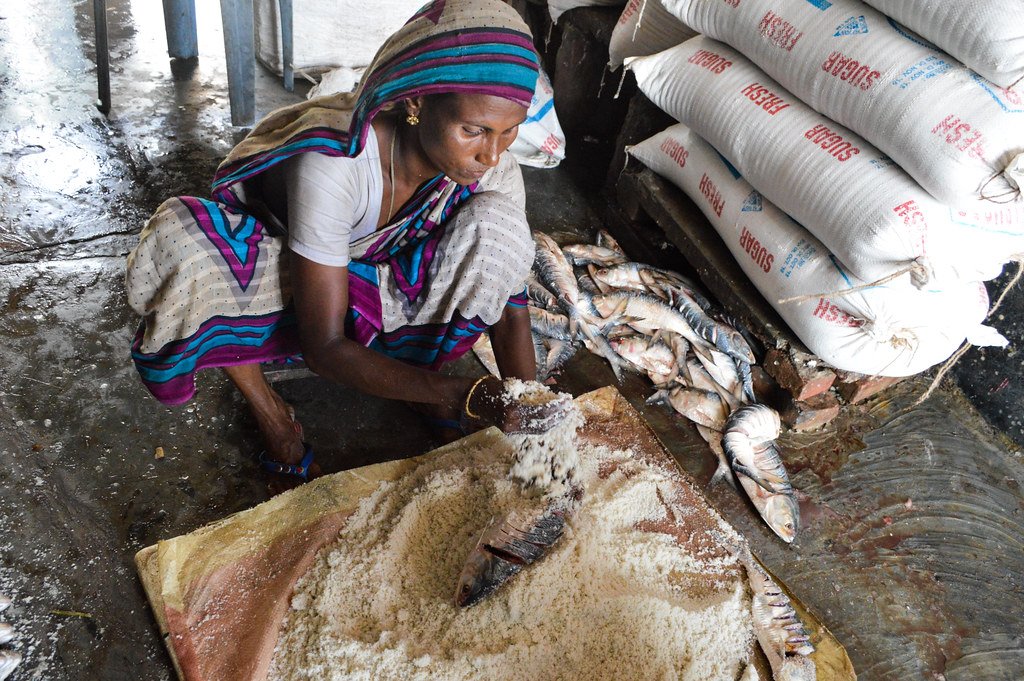 The relatively cheaper price also saw household consumption of hilsa almost double. Particularly notable was consumption by women, who in rural households often sacrifice their own dietary needs for other family members. In the study area, women’s hilsa consumption rose by more than 60 percent.

As hilsa is a resource shared with neighboring Myanmar, transboundary learning and cooperation are crucial. Since April 2017, WorldFish has been working with the International Institute for Environment and Development and other partners, as part of the UK government-funded Darwin-Hilsa-MM project, to develop a scientifically researched, cost-effective and incentive-based fisheries management mechanism that will ensure the long-term sustainability of the hilsa fishing sector.